Thermoelectrics — which use wasted heat to generate electricity — could get a lot more interesting thanks to a company called Alphabet Energy . It’s set to commercialize tetrahedrite , a metal that more than doubles the efficiency of current tech for as little as a fiftieth the cost. Thermoelectric materials work thanks to a rare trick: transferring heat poorly while conducting electricity well. However, current materials are pricy and polluting, and only convert about 2.5 percent of heat energy to electricity. Tetrahedrite, meanwhile, could reach 5 to 10 percent efficiency while running a mere $4 per kilogram. Alphabet Energy says it could tap waste heat from industrial plants or even a vehicle’s exhaust system to produce electricity, making it virtually free. That’d mean you could power your car’s cooling AC using wasted heat, ironically — without a solar panel in sight. Filed under: Science , Alt Comments Source: MIT

See the original post:
Generating power from heat will soon be dirt cheap 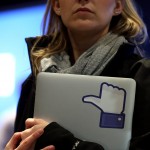 Thermos’ New Smart Bottle Tells You When Your Water’s Warm and... 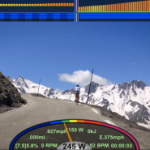