The city of Freiburg, Germany adopted OpenOffice back in 2007, mostly replacing the Microsoft Office software it had been using previously. Now, an anonymous reader tips news that the city council is preparing to abandon OpenOffice and switch back. “‘In the specific case of the use of OpenOffice, the hopes and expectations of the year 2007 are not fulfilled,’ the council wrote, adding that continuing use OpenOffice will lead to performance impairments and aggravation and frustration on the part of employees and external parties. ‘Therefore, a new Microsoft Office license is essential for effective operations,’ they wrote. … ‘The divergence of the development community (LibreOffice on one hand Apache Office on the other) is crippling for the development for OpenOffice,’ the council wrote, adding that the development of Microsoft Office is far more stable. Looking at the options, a one-product strategy with Microsoft Office 2010 is the only viable one, according to the council.” The council was also disappointed that more municipalities haven’t adopted OpenOffice in the meantime. Open source groups and developers criticized the move and encouraged the council to consider at least moving to a more up-to-date version of the office software suite. Read more of this story at Slashdot.

See the article here:
German City Says OpenOffice Shortcomings Are Forcing It Back To Microsoft

Microsoft Kills Expression Suite — And Makes It Free, For Now

This New Law Will Protect Your Negative Yelp Reviews 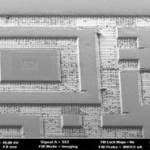