Qedward writes “Internet access is as crucial to everyday life as having a phone connection and the loss of connectivity is deserving of financial compensation, the German Federal Court of Justice has ruled. Because having an internet connection is so significant for a large part of the German population, a customer whose service provider failed to provide connectivity between December 2008 and February 2009 is entitled to compensation, the court ruled today. ‘It is the first time the court ruled that an internet connection is as important a commodity as having a phone,’ said court spokeswoman Dietlind Weinland. The court, however, denied the plaintiff’s request of €50 a day for his fax machine not working.” Read more of this story at Slashdot. 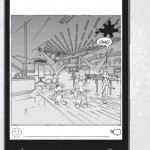 Turn your text messages into comic strips with this app