Read the original:
Germany Sets New National Record With 85 Percent of Its Electricity Sourced From Renewables 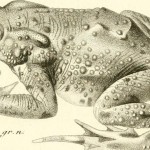