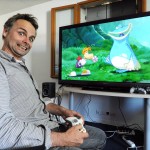 When he isn’t busy cryptically teasing Beyond Good & Evil 2 , game developer Michel Ancel laments (above) past projects lost to the sands of time. Like the Super NES version of Rayman that was scrapped in favor of the disc-based iterations for the Atari Jaguar and original PlayStation. As noticed by Motherboard , Ancel managed to find an old prototype cartridge and fired it up. “It’s working !!! 4 people in the world have seen this . We thought it was lost , but somewhere in the cold electronic circuit, something was still alive . and running at full 60fps !!! should do a Switch version of this

FDA Approves Indego Exoskeleton For Clinical And Personal Use