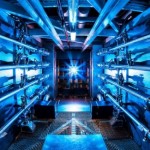 Lawrence Livermore National Laboratroy Researchers in the US have overcome a key barrier to making nuclear fusion reactors a reality. In results published in Nature , scientists have shown that they can now produce more energy than the fuel put into an experiment. The use of fusion as a source of energy remains a long way off, but the latest development is an important step toward that goal. Nuclear fusion is the process that powers the sun and billions of other stars in the universe. If mastered, it could provide an unlimited source of clean energy because the raw materials are plentiful and the operation produces no carbon emissions. During the fusion process, smaller atoms fuse into larger ones releasing huge amounts of energy. To achieve this on Earth, scientists have to create conditions similar to those at the center of the sun. This involves creating very high pressures and temperatures. Read 14 remaining paragraphs | Comments

See original article:
Giant leap for nuclear fusion as scientists get more energy out than fuel put in 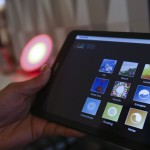 Hackers hijack a Philips Hue lights with a drone