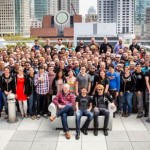 GitHub’s staff. GitHub GitHub has placed one of its three cofounders on leave and barred the cofounder’s wife from the office while it investigates allegations made by a former employee. Engineer Julie Ann Horvath announced this past weekend that she had left GitHub, describing a toxic office culture in an e-mail interview with TechCrunch . The wife of the cofounder played a prominent role in Horvath’s account. Julie Ann Horvath. “I met her and almost immediately the conversation that I thought was supposed to be casual turned into something very inappropriate,” Horvath told TechCrunch. “She began telling me about how she informs her husband’s decision-making at GitHub, how I better not leave GitHub and write something bad about them, and how she had been told by her husband that she should intervene with my relationship to be sure I was ‘made very happy’ so that I wouldn’t quit and say something nasty about her husband’s company because ‘he had worked so hard.’” Read 12 remaining paragraphs | Comments 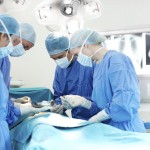