We were sold on Avegant’s retinal head-mounted display even when it looked like this , but the company’s latest reveal has us throwing balls of cash at the screen. The consumer version will be branded as Glyph, and it’s set to debut January 22nd on Kickstarter with a pre-order price of $499. Avegant had its previous-gen prototype on hand last month at Engadget Expand , and the refreshed version (pictured above) will be on display at CES — it looks quite nice in the render, but this is a product you’ll really need to see to believe. The device will sport integrated noise-canceling headphones with a flip-down display, enabling the unit to double as a standard set of cans when you’re not in the mood to consume super-sharp video content projected from the built-in virtual retinal display. We spent a few minutes with the final headphone design this week, and audio sounded great, but you’ll have to hang tight until CES for a full hands-on with the refreshed version. For now, click through for our hands-on demo with the previous prototype, narrated by Avegant CEO Ed Tang. Filed under: Displays , Household , Wearables Comments

Read More:
Glyph is a high-res wearable display headed to Kickstarter for $499 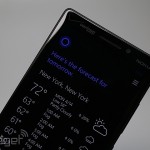 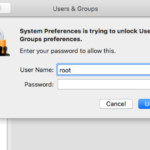