cold fjord notes that drivers will be able to switch a new Cadillac model to partial auto-pilo. General Motors Co. (GM), the largest U.S. automaker, will introduce a Cadillac model in two years that can travel on the highway without the driver holding the steering wheel or putting a foot on a pedal. The 2017 Cadillac model will feature “Super Cruise” technology that takes control of steering, acceleration and braking at highway speeds of 70 miles per hour or in stop-and-go congested traffic, Chief Executive Officer Mary Barra said yesterday in a speech at the Intelligent Transport System World Congress in Detroit. GM declined to release the name of the model that will carry the feature. Barra also said GM in two years will become the first automaker to equip a model with so-called vehicle-to-vehicle technology that enables the car to communicate with other autos with similar abilities to warn of traffic hazards and improve road safety. GM will make the V2V feature standard on its 2017 Cadillac CTS sedan, debuting in the second half of 2016, she said. The Super Cruise feature will be on a different Cadillac model and goes beyond similar technology available on some Mercedes-Benz models that operates only at low speeds. Read more of this story at Slashdot. 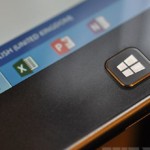