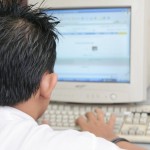 If it’s been some time since you’ve updated your Chrome browser, you might see a banner at the top of Gmail’s interface on February 8th. It’ll contain a reminder to update to Chrome version 55 from 53 and below, since the newer iteration comes with several big security updates. That banner will go away after you update — unless you’re still using Windows XP or Vista. Google stopped releasing Chrome updates for those two after version 49, since Microsoft no longer supports its older Windows platforms. So, what will happen if you don’t — or can’t — update Chrome? Well, Gmail will work like usual throughout 2017. Sometime in December, though, you’ll start being redirected to the basic HTML version of the email service and will be more vulnerable to security risks. Google says the best thing you can do is upgrade and ditch XP or Vista ASAP. Source: Google Suite Updates

View post:
Gmail will stop working on Chrome for XP and Vista this year 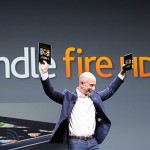 Jeff Bezos buys The Washington Post for $250 million in cash