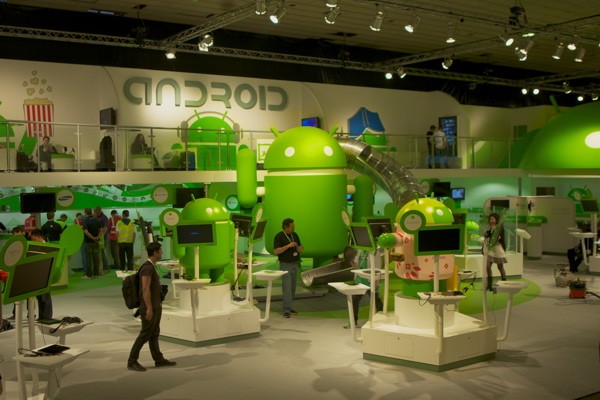 If you hadn’t noticed, it’s Mobile World Congress this week and Google’s showing off its enormous booth packed to the gills with smiling green Androids. Andy Rubin insouciantly added that the Android Marketplace has reached its latest milestone: there are now 450,000 apps available for the platform. Other pertinent stats are that over a billion apps are downloaded every month and that 850,000 Android devices are activated each day — meaning that there’s more than 300 million of them worldwide. Of course, that’s not the real story here at MWC, it’s that the company have brought along a bedazzling booth for guests to glue as many false jewels to their Galaxy Nexus back-plate as their self-respect can handle.