alancronin writes with this excerpt from a PC World article: “Users of Android, Chrome OS, Linux, and iOS devices may not realize it, but FreeType open source software is used to render fonts on more than a billion such devices. Not only that, but the FreeType project this week got a significant update from none other than Adobe and Google. Specifically, Google and Adobe on Wednesday released into beta the Adobe CFF engine, an advanced Compact Font Format (CFF) rasterizer that ‘paves the way for FreeType-based platforms to provide users with richer and more beautiful reading experiences,’ as Google put it in an online announcement on the Google Open Source Blog. The new rasterizer is now included in FreeType version 2.4.12. Though it’s currently off by default, the technology is ‘vastly superior’ to the old CFF engine and will replace it in the next FreeType release, the project says.” The article features examples of how the new engine improves font rendering; for more explanation of the CFF, see this blog post from Adobe. Read more of this story at Slashdot. 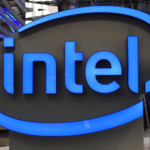 5G Is On Its Way, But Approaching Slowly

Review: Microsoft Office 365 Home Premium Edition hopes to be at...