Hangouts integration in Google Voice. Google has added a menu option inside its Android Hangouts app asking users to “migrate Google Voice to Hangouts,” according to a post in the Android subreddit from Tuesday. The dialogue, accessible through debug mode, tells users they can get their voicemail and SMSes through Hangouts instead of the Google Voice app, though it doesn’t specify how the feature works with dedicated Google Voice numbers. As time passes, Google Voice is becoming a Google product that is an increasingly odd combination of dead useful and difficult to use, beloved by its users for its (limited) functionality but long ignored by Google itself. The iOS app’s design is still from the dark days of skeuomorphism, and until recently, Google hadn’t made any attempts to absorb the service into the Google+ black hole it has been using to knit disparate parts of the company together. Hangouts seems like a natural place for Google Voice to be absorbed, but so far, there’s been little movement. Google integrated SMS into Hangouts in October 2013 and introduced an SMS for Hangouts feature for feature phones that would send Hangouts messages as SMSes. Read 1 remaining paragraphs | Comments 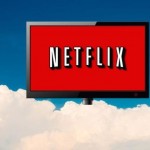 Netflix finishes its massive migration to the Amazon cloud