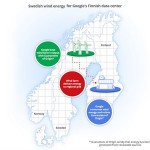 Google has just secured the services of an entire 72MW wind farm in Maevaara, Sweden for the next ten years to keep its Finnish data center humming, according to the official blog. It brokered the deal through German insurer Allianz, which purchased the farm and will begin selling all the electricity it produces to Mountain View by 2015. The move is part of Google’s quest to remain carbon neutral, and is along similar lines to a recent deal which saw the search giant purchase 48MW of energy from a wind farm in Oklahoma. The news follows Apple’s announcement that it gets 75 percent of its power from renewable sources — showing the arch-foes can at least agree on something . Filed under: Misc , Internet , Google Comments Source: Google 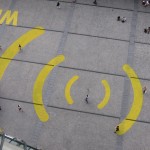