Google’s security researchers have published another pair of Windows security flaws that Microsoft hasn’t got a fix for, continuing the disagreement between the companies about when and how to disclose security bugs. The first bug affects Windows 7 only and results in minor information disclosure. Microsoft says, and Google agrees, that this does not meet the threshold for a fix. Windows 8 and up don’t suffer the same issue. The second bug is more significant. In certain situations, Windows doesn’t properly check the user identity when performing cryptographic operations, which results in certain shared data not being properly encrypted. Microsoft has developed a fix for this bug, and it was originally scheduled for release this past Tuesday. However, the company discovered a compatibility issue late in testing, and so the fix has been pushed to February. Read 7 remaining paragraphs | Comments 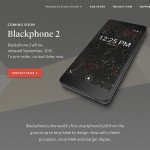 Privacy-focused Blackphone 2 is ready for pre-order