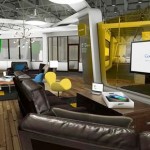 Hear that? It’s Austin, being weird enough to add yet another reason to live within its city limits. As rumored , Google Fiber will be rolling down to one of Texas’ most esteemed towns in the near future, joining the Kansas City, Kansas and Missouri metro as the only locales (so far) in the US of A offering the outfit’s Fiber-based TV, phone and 1Gbps broadband services. Mum’s the word on an exact rollout, but we’ll update this post as we learn more. Filed under: Internet , HD , Google Comments Source: Gig.U