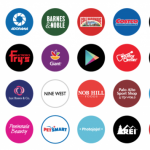 A smattering of the brands with products available via Google Express (née Google Shopping Express). Google Blog Google has added a subscription option to its Shopping Express service, putting it in competition with Amazon’s Prime membership program. Shopping Express customers can now pay $95 per year or $10 per month to access a number of perks, including free same-day or overnight delivery on orders of $15 or more and the ability to share the membership with another person in the household. Google has offered Shopping Express (which, going forward, the company will simplify to “Google Express”) in Northern California since the spring of 2013. It expanded the service to New York and LA a year later, just as a same-day delivery service. As of October, the company will expand Express to Chicago, Boston, and Washington, DC. Google Express service is limited to certain brands including Staples, Walgreens, and Target. New stores and retailers were added with this most recent update, including 1-800-Flowers, Barnes and Noble, and Sports Authority, as well as regional stores like Paragon Sports in New York and Stop & Shop in Boston. When users order from the selection of stores, a livery vehicle picks the items up and delivers them to the user’s location. Read 1 remaining paragraphs | Comments

Read the article:
Google gets an Amazon Prime competitor with Shopping Express sub 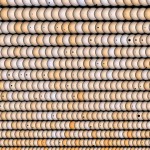 The definition of karma: PayPal president’s credit card gets hacked