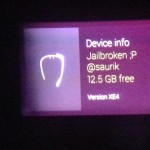 Though Google Glass runs Android, it’s not exactly as wide open as your typical Android phone. And given its spot as the most futuristic tech available right now, you know hackers want to tinker with Google’s specs. Legendary hacker Jay Freeman, famously known as Saurik who created the Cydia app store for iOS jailbreak phones, did just that. He’s already gained root access to Google Glass. More »

More:
Google Glass Has Already Been Hacked and Rooted 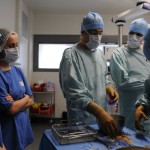 Laboratory-grown penises will be available in five years, say researchers