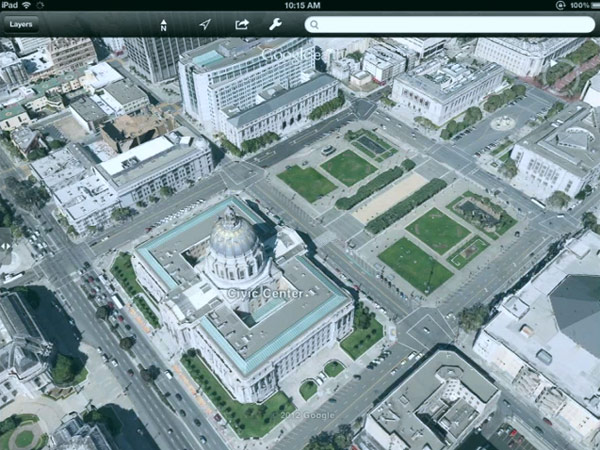 Google is keeping the string of Maps launches going — it’s just rolling out very, very detailed 3D maps for technology like Google Earth, using a “new process” to get extra depth. In some areas, such as San Francisco, it models every building and delves down into the trees. The new fully textured, fully modeled imagery is coming both to Android and iOS in the “coming weeks,” and Google even made a point of showing the update running on an iPad. Just how deep this rabbit hole goes is an unknown right now, but it certainly ups the ante for Apple’s rumored giant iOS 6 Maps revamp and the 3D mapping it might be using from C3 Technologies.

Update: We just followed up with Peter Birch following the keynote regarding version compatibility for offline and 3D Maps, and were told that Google “has nothing to announce at this time,” but will do so in the coming weeks. We prodded a bit to see if 2.x devices would be in the mix, and all we got was a non-confirming reply about an “assumption” that if Google Maps Navigation is supported, offline and 3D would be as well.

Relive the memories in our liveblog… right here!