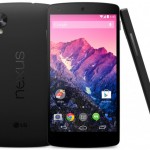 After a million   and one leaks , the Nexus 5 has finally been announced . There’s not too many surprises on the hardware front: the device packs a 4.95-inch 1080p IPS LCD, a 2.26 GHz Snapdragon 800 processor, 2GB of RAM, an 8MP camera, and a 2300 mAh battery. The Nexus 5 is made by LG and internally seems very similar to the G2 (aside from a smaller battery and camera). Most importantly, the Nexus 5 ships with a new version of Android: KitKat, version 4.4. KitKat brings across the board memory improvements, a new full screen mode, smart dialer, and a refreshed home screen experience. Specs at a glance: Nexus 5 Screen 1920×1080 4.95″ (445 ppi) IPS touchscreen OS Android 4.4 “KitKat” CPU 2.3GHz quad-core Snapdragon 800 RAM 2GB GPU Adreno 330 Storage 16GB or 32GB Ports Micro USB, headphones Camera 8MP rear camera with OIS, 1.3MP front camera Size 137.84 x 69.17 x 8.59mm Weight 130g Battery 2300 mAh Starting price $350, contract free Other perks wireless charging, NFC The Nexus 5 has the distinction of being the first Nexus device with LTE. Verizon’s CDMA network is out of the question, but it is compatible with AT&T, Sprint, and T-Mobile LTE bands. Like the Nexus 4, Qi wireless charging is included, but the premium-yet-delicate glass back of the N4 has been swapped out in favor of a plastic backing. The matte back along with the horizontal “NEXUS” lettering make the Nexus 5 look like a mini Nexus 7. The rear camera sensor, while seemingly normally sized, has a  massive outer lens attached to it. Like the G2, the camera is equipped with optical image stabilization, but the G2 didn’t require the huge outer lens the way the Nexus 5 does. Read 3 remaining paragraphs | Comments 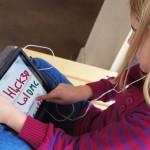 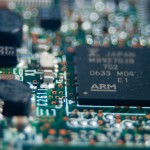 Amazon is selling its own processors now, too