Google turned in a man who copied child pornography to his cellphone using Picasa. Raul Gonzales, 40, was charged with possessing more than 3,000 pornographic pictures of children on the phone. The FBI says the investigation began in March when Google’s hashing technology found two child porn pictures in his Picasa library. Picasa is a cloud-sharing platform for images owned by Google. From there, the company notified the National Center for Missing and Exploited Children, which says it found more images on a Tumblr account owned by Gonzalez. That’s when the feds took over. Agents say they also found pictures of a 9-year-old who is close to the family, and that Gonzales admitted to sexually assaulting the child. “When an image is found,” Google assured CBS, “an employee will inspect it to make sure it’s actual abuse and not just a picture of a child at bathtime.” It’s good to know that an alleged sexual predator was identified and dealt with, and it’s good to know that Google assigns individual humans to inspect our naked children for the authorities’ consideration. 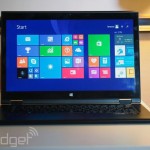