wabrandsma (2551008) writes with this excerpt from The Verge: Last night, researchers at Malwarebytes noticed strange behavior on sites like Last.fm, The Times of Israel and The Jerusalem Post. Ads on the sites were being unusually aggressive, setting off anti-virus warnings and raising flags in a number of Malwarebytes systems. After some digging, researcher Jerome Segura realized the problem was coming from Google’s DoubleClick ad servers and the popular Zedo ad agency. Together, they were serving up malicious ads designed to spread the recently identified Zemot malware. A Google representative has confirmed the breach, saying “our team is aware of this and has taken steps to shut this down.” Read more of this story at Slashdot. 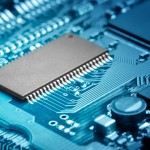 Scientists Just Figured Out How to Make Lightning-Fast Graphene CPUs