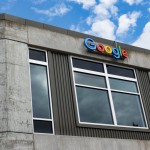 For obvious reasons, Google has a vested interest in reducing the time it takes to load websites and services. One method is reducing the file size of images on the internet, which they previously pulled off with the WebP format back in 2014, which shrunk photos by 10 percent. Their latest development in this vein is Guetzli , an open-source algorithm that encodes JPEGs that are 35 percent smaller than currently-produced images. As Google points out in its blog post, this reduction method is similar to their Zopfli algorithm that shrinks PNG and gzip files without needing to create a new format. RNN-based image compression like WebP, on the other hand, requires both client and ecosystem to change to see gains at internet scale. If you want to get technical, Guetzli (Swiss German for “cookie”) targets the quantization stage of image compression, wherein it trades visual quality for a smaller file size. Its particular psychovisual model (yes, that’s a thing ) “approximates color perception and visual masking in a more thorough and detailed way than what is achievable” in current methods. The only tradeoff: Guetzli takes a little longer to run than compression options like libjpeg. Despite the increased time, Google’s post assures that human raters preferred the images churned out by Guetzli. Per the example below, the uncompressed image is on the left, libjpeg-shrunk in the center and Guetzli-treated on the right. Source: Google Research Blog