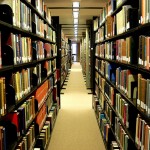 random letters/Flickr A federal appeals court on Tuesday upheld the right of universities, in conjunction with Google, to scan millions of library books without the authors’ permission. The 2nd US Circuit Court of Appeals, ruling in a case brought by the Authors Guild and other writers’ groups, argued that the universities were not breaching federal copyright law, because the institutions were protected by the so-called “fair use” doctrine. More than 73 percent of the volumes were copyrighted. The guild accused 13 universities in all of copyright infringement for reproducing more than 10 million works without permission and including them in what is called the HathiTrust Digital Library  (HDL) available at 80 universities. The institutions named in the case include the University of California, Cornell University, Indiana University, and the University of Michigan. Read 7 remaining paragraphs | Comments

Read the original:
Google’s university book scanning can move ahead without authors’ OK