An anonymous reader writes “The highly anticipated Grand Theft Auto V was released at midnight yesterday, and to no surprise has managed to break the record for highest sales in 24 hours. Distributors Take-Two Interactive have announced that the game has managed to achieve a staggering $800m (£490m) worth of sales within the first day, and is certainly going to break the forecasted $1 billion within the week. The record was previous held by Activision’s Call of Duty: Black Ops which made $500m within 24 hours in 2009. The game also holds the title for the quickest entertainment product to achieve $1 billion in sales as they hit the mark by day 15.” Read more of this story at Slashdot.

As of today, no US airlines operate the mighty Boeing 747 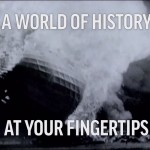