Enlarge / Entrance of Hernan Cortes into Mexico (credit: Kurz & Allison ) In the wake of the Spanish conquest of the Aztec Empire in 1521, waves of epidemics slammed Mexico. By 1576, the population, which had been more than 20 million before the Spanish arrived, had crashed to two million. One brutal outbreak in 1545 was estimated to have killed between five and 15 million alone—or up to 80 percent of the population . But, like the other epidemics, the disease behind the 1545 outbreak was a complete mystery—until now. Genetic evidence pulled from the teeth of 10 victims suggests that the particularly nasty bacterium Salmonella enterica subsp. enterica serovar Paratyphi C contributed to the scourge of fever, bleeding, dysentery, and red rashes recorded at the time. The genetic data, published Monday in Nature Ecology and Evolution , offers the first molecular evidence to try to explain what’s “regarded as one of the most devastating epidemics in New World history,” the authors conclude. Read 9 remaining paragraphs | Comments 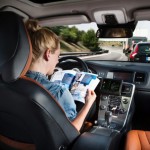 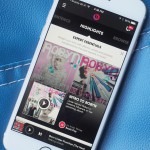