An anonymous reader writes Ben-Gurion University of the Negev (BGU) researchers have discovered a new method to breach air-gapped computer systems called “BitWhisper, ” which enables two-way communications between adjacent, unconnected PC computers using heat. BitWhisper bridges the air-gap between the two computers, approximately 15 inches apart that are infected with malware by using their heat emissions and built-in thermal sensors to communicate. It establishes a covert, bi-directional channel by emitting heat from one PC to the other in a controlled manner. Also at Wired. Read more of this story at Slashdot. 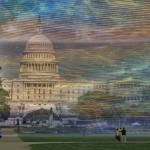 What the World Would Look Like If You Could Actually See...

Build a Device That Can Crack Master Combination Locks in Under...