JPMorgan Chase has warned 465,000 holders of prepaid cash cards that their personal information may have been obtained by hackers who breached the bank’s network security in July, according to a report published Thursday. JPMorgan issued the cards on behalf of corporations and government agencies, which in turn used them to pay employees and issue tax refunds, unemployment compensation, and other benefits, Reuters reported . In September, bank officials discovered an attack on Web servers used by its www.ucard.chase.com site and reported it to law enforcement authorities. In the months since, bank officials have investigated exactly which accounts were involved and what pieces of information were exposed. Wednesday’s warning came after investigators were unable to rule out the possibility that some card holders’ personal data may have been accessed. The bank usually keeps customers’ personal information encrypted, but during the course of the breach, data belonging to notified customers temporarily appeared in plaintext in log files, Reuters said. The notified card holders account for about two percent of the roughly 25 million UCard users. Read 1 remaining paragraphs | Comments 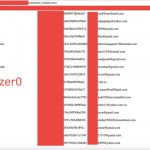