Joseph Cox, reporting for Motherboard: On Tuesday, a new, worldwide ransomware outbreak took off, infecting targets in Ukraine, France, Spain, and elsewhere. The hackers hit everything from international law firms to media companies. The ransom note demands victims send bitcoin to a predefined address and contact the hacker via email to allegedly have their files decrypted. But the email company the hacker happened to use, Posteo, says it has decided to block the attacker’s account, leaving victims with no obvious way to unlock their files. The hacker tells victims to send $300 worth of bitcoin. But to determine who exactly has paid, the hacker also instructs people to email their bitcoin wallet ID, and their “personal installation key.” This is a 60 character code made up of letters and digits generated by the malware, which is presumably unique to each infection of the ransomware. That process is not possible now, though. “Midway through today (CEST) we became aware that ransomware blackmailers are currently using a Posteo address as a means of contact, ” Posteo, the German email provider the hacker had an account with, wrote in a blog post. “Our anti-abuse team checked this immediately — and blocked the account straight away. Read more of this story at Slashdot. 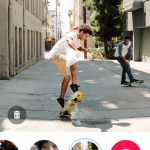 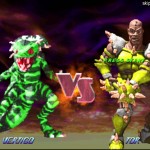