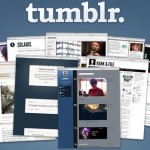 Some Tumblr users are seeing their pages replaced with several dozen duplicate posts from a known hacker group, warning that deleting said message will delete the Tumblr page in question (it’s unclear if this is actually true, but seems to be false in our testing). Tumblr confirmed the ongoing issue to us this morning, and warned users who’ve seen the message to “please log out of all browsers that may be using Tumblr,” as that’s one way the “viral post” is being spread. The message from the group is aimed at the wide world of “bloggers,” and insists Tumblr users should take their own lives. Tumblr says its team is “working to resolve the issue as swiftly as possible,” though there is no timeline for when it’ll be fixed. In the meantime, we suggest changing your Tumblr password (though there’s no indication that passwords were necessarily taken, or any other personal information) and staying away from the site until the all clear is given. Thus far, it doesn’t seem that any previously written posts have been deleted, but simply pushed dramatically far down the timeline by a deluge of duplicate posts. We’ll update this post as we learn more. Update: A Tumblr rep tells us, “Tumblr engineers have resolved the issue of the viral post attack that affected a few thousand Tumblr blogs earlier today.” The sites we were seeing affected earlier seem to have returned to normal. Filed under: Networking , Internet , Software , Mobile Comments Source: GNAA.eu

Baltimore’s Stealthy Plan to Make Its Harbor Swimmable By 2020