A Greek hacker stole the personal data of about 9,000,000 Greek residents, which is approximately the same as the population of Greece itself. As Kevin at Lowering the Bar points out, this means that “If You’re Greek, Someone Probably Just Stole Your Identity.” Third, according to some reports, the files ” appeared to include duplicate entries ,” so the actual number of affected Greeks may be lower than 9 million, but we don’t know how much lower yet. For now we have to assume the number is 9 million, so your answer should have been that there is approximately a 91% chance that any particular Greek citizen’s identity has been stolen. That number is high enough that it seems reasonable to say that  somebody just stole an entire country’s identity , and to use italics to do it. If You’re Greek, Someone Probably Just Stole Your Identity 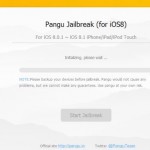 How to Jailbreak Your iPhone: The Always Up-to-Date Guide [iOS 8.1]