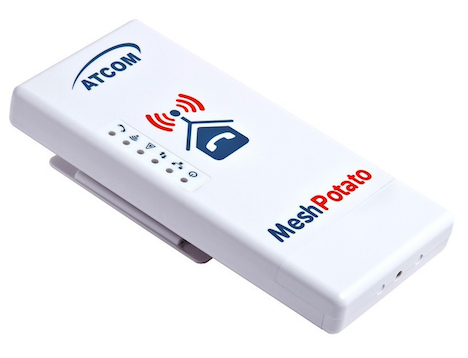 VIllage Telco’s Mesh Potato, which retails for $119 and provides both data and voice services via wifi to communities with limited internet and mobile phone access.

The statistics, by now, are familiar to those of us following technology in the developing world. A recent article in The Economist looks at Africa’s booming economy, identifying mobile phones as one of the major drivers behind the continent’s growth: “Mobile phones have penetrated deep into the bush. More than 600m Africans have one; perhaps 10% of those have access to mobile-internet services. The phones make boons like savings accounts and information on crop prices ever more available.”

But as a continent of over a billion people, that means some 400 million—twice the population of Brazil—still do not have access to mobile communications. And even fewer have access to the Internet. Those who do have access to a phone spend more than half of their disposable income just to stay connected. At the same time, building a tower to cover many parts of Africa can be a challenge, both because of the costs of the tower and the lack of access to available radio bandwidth.

In comes Village Telco, an organization working on technology to leap past these challenges and offer a low cost communications option for Africans in rural areas. “It caught me by surprise,” founder Steve Song told Core77, as he referred to the “incredible pace and change of mobile technology.” 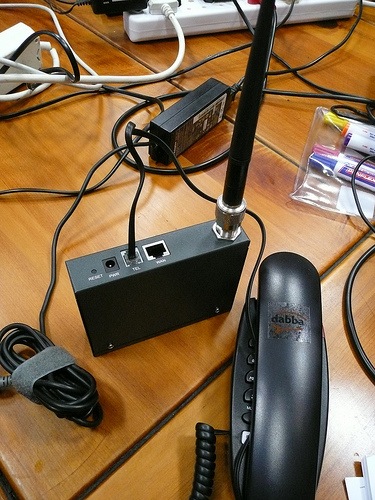 An early prototype of the Mesh Potato. Image courtesy the Shuttleworth Foundation on a Creative Commons License.

Recognizing the growing need for voice and data services for all citizens across the continent, Song, based in Cape Town, set out to find a solution to the challenges of accessible connectivity. He had been following wireless hacker movement who had discovered that Linksys routers were built on open-source software and that a wave guide antenna could be built using a soup can—”a cantenna,” he told me—that would distribute a broadband signal several kilometers away.

Based on this technology, Village Telco developed the “Mesh Potato,” a wi-fi router adapted to connect with other devices like it and distribute wi-fi over large areas at low cost. It’s the same basic principle that allows an Apple Airport Express to extend a wi-fi signal around your home. When deployed in a place like Bo-kaap, South Africa, a community on a hill, four of these devices serve as a backbone network, while dozens more placed on individual rooftops extend the network.