Want to know why phishing continues to be one of the most common security issue? Half of the people will click on anything without thinking twice ArsTechnica reports: A study by researchers at a university in Germany found that about half of the subjects in a recent experiment clicked on links from strangers in e-mails and Facebook messages — even though most of them claimed to be aware of the risks. The researchers at the Friedrich-Alexander University (FAU) of Erlangen-Nuremberg, Germany, led by FAU Computer Science Department Chair Dr Zinaida Benenson, revealed the initial results of the study at this month’s Black Hat security conference. Simulated “spear phishing” attacks were sent to 1, 700 test subjects — university students — from fake accounts. The e-mail and Facebook accounts were set up with the ten most common names in the age group of the targets. The Facebook profiles had varying levels of publicly accessible profile and timeline data — some with public photos and profile photos, and others with minimal data. The messages claimed the links were to photos taken at a New Year’s Eve party held a week before the study. Two sets of messages were sent out: in the first, the targets were addressed by their first name; in the second, they were not addressed by name, but more general information about the event allegedly photographed was given. Links sent resolved to a webpage with the message “access denied, ” but the site logged the clicks by each student. Read more of this story at Slashdot.

More here:
Half Of People Click Anything Sent To Them 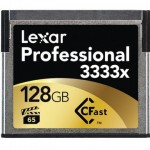