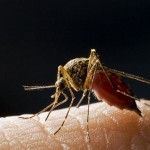 Despite how far we’ve come with technology, malaria is still a serious threat for huge chunks of the developing world. A prototype tool from UK-outfit QuantuMDx, however, could help stave off mosquito-related deaths by giving health-workers the power to diagnose the disease in 10 – 15 minutes. As the team tells it , typical DNA sequencing can take days, weeks or even months, but its “lab on a chip” can rapidly diagnose a disease and accurately predict which drug and what dosage to administer — all based on the virus’ genetic code. That last bit is key because malaria has a nasty habit of being resistant to medications. The device hitting prototype phase is one of the first steps along the way to mass-deployment, and its initial round of clinical trials is scheduled for later this year. QuantuMDx stresses that the device is a low-cost way for workers in developing countries to help battle the disease; the team’s aiming for, “around the price of a smartphone, ” with test cartridges costing $5-10. {Image credit: Dmitrijs Bindemanis/Shutterstock ] Filed under: Science , Alt Comments Source: QuantuMDx