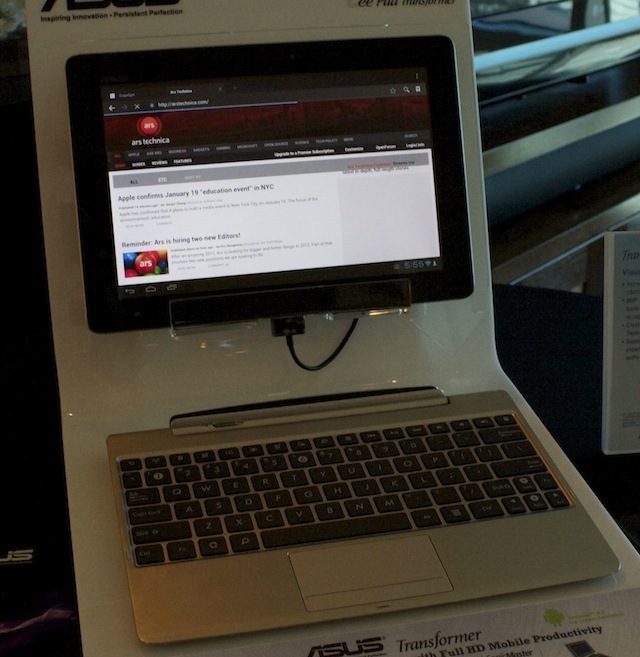 Asus floated some big plans this year at the Consumer Electronics Show for merging categories of devices in a number of ways. Following in the Transformer Prime’s footsteps is the tablet hybrid T700 Series, along with two 7-inch tablets and an elusive oddball of a gadget, the Padfone. We visited the company at CES to check out all these items.

Asus’s Transformer Prime has stirred the emotions of PC hybrid enthusiasts over the last couple of months, but Asus has no problem with making the tablet and keyboard dock look like old news. The 10.1-inch T700 series Android 4 model will have a Super IPS+ display at a 1920×1200 resolution, and a 1.3GHz quad-core Tegra 3 processor running Android 4—slightly faster than the Transformer Prime’s 1.2GHz.