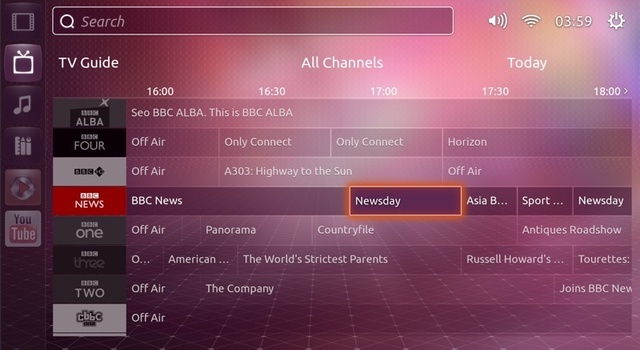 At the Consumer Electronics Show (CES) in Las Vegas on Monday, platform vendor Canonical unveiled a special version of Ubuntu that is designed for televisions. The platform has an integrated media library manager and will offer DVR capabilities. It includes a variant of the Unity shell that is intended to be operated with a television remote control.

The launch of Ubuntu TV fits with Canonical’s efforts to bring its popular Linux distribution to a variety of mobile and embedded form factors. These include an Ubuntu smartphone operating system due to arrive by 2014. The decision to launch a platform for televisions was unexpected, but seems like a natural step for Canonical’s evolving consumer electronics strategy.

Continued here:
Hands-on with Ubuntu TV, above and under the hood