Third person spree-killing simulator Hatred has been given an Adults only (AO) rating from ESRB, the video game ratings board in the US and Canada. The rating was disclosed by one of the game’s developers on its official forum , which expressed surprise that the title did not get the more lenient Mature (M) rating, writing “Well, I’m not quite convinced why Hatred got AO rating while it lacks any sexual content, but it’s still some kind of achievement to have the second game in history getting AO rating for violence and harsh language only.” Hatred is in fact the third game to receive an AO rating for violence alone, with both Thrill Kill and Manhunt 2 also receiving that evaluation. Thrill Kill , however, had its release cancelled after Electronic Arts bought its publisher and objected to its content. Read 4 remaining paragraphs | Comments 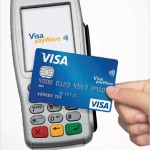