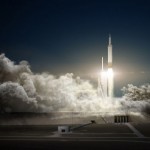 (credit: SpaceX) SpaceX appears to be betting big on carbon fiber composites, which could increase the capacity of its future rockets to get people and supplies into space—and eventually to the surface of Mars. According to a report in Nikkei Asian Review , SpaceX has signed an agreement with Toray Carbon Fibers estimated to be worth $2 billion to $3 billion. The total price and delivery dates have yet to be finalized. It is not immediately clear exactly when, and in which launch vehicles, these lightweight composites will be employed by SpaceX. But the company is not alone in its interest—NASA and other aerospace companies have been experimenting with the materials because they have the potential to increase the amount of payload that can be carried by a rocket. They could also lower overall manufacturing cost. The scale of the deal seems telling, however. If the value of the deal as reported is correct, in the billions of dollars, it seems probable that the carbon fiber composites would be used in SpaceX’s proposed Mars Colonial Transporter rocket. This is the very large (but still under development) rocket the company plans to use to transport humans to Mars. SpaceX is already far along in the production of its Falcon Heavy rocket, which is based on the Falcon 9 core stage. The first stage of the Falcon 9 rocket, which SpaceX has successfully been landing this year, has tank walls and domes built from an aluminum lithium alloy. (Ars has reached out to SpaceX for comment on this story and will update accordingly). Read 2 remaining paragraphs | Comments

Read More:
He must be serious about Mars: Elon Musk invests $2 billion in carbon fibers 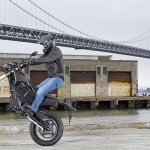 This is how you refuel Zero’s electric motorcycle