theodp writes: “The consumer-facing parts of the Obamacare website may now work (most of the time) for people buying insurance, writes Politico, but beneath the surface, HealthCare.gov is still missing massive, critical pieces that are essential for key functions such as accurately paying insurers — and the deadline for finishing them keeps slipping. Without a fully built and operational system, federal officials can’t determine how many of the 8 million Obamacare sign-ups announced last week will have actually paid their premiums. The Obama administration earlier this month indicated that insurers will continue to be paid through an ‘interim’ accounting process — pretty much a spreadsheet and some informed estimates — until at least September, when what is being called ‘the mother of all reconciliations’ will be conducted, which some fear could reveal the need for a massive correction and rate adjustments. Still, Oregon decided Friday to switch to Healthcare.gov from its own nothing-wrong-that-$78-million-couldn’t-fix Cover Oregon online healthcare exchange.” Read more of this story at Slashdot. 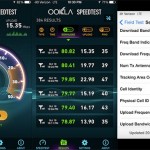