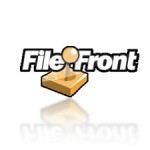 The FileFront logo, as it existed before the 2010 renaming to GameFront. One of the Web’s oldest and largest repositories for classic and current PC gaming mods will be shutting down for good later this month. GameFront announced today that its servers will be going offline on April 30 and that “any files not downloaded by that time will no longer be accessible.” “Since our founding as FileLeech almost 20 years ago, we have always strived to offer the best file hosting alongside quality gaming content,” former GameFront staffer Ron Whitaker wrote. “To all of our fans who have supported us throughout the years, we thank you for making us your destination for gaming files. Despite name changes, ownership changes, and staff changes, you have always made our jobs rewarding and fun.” The shutdown is a blow to those who rely on GameFront for access to tens of thousands of mods, demos, patches, tools, maps, skins, and add-ons for PC games dating back to the mid-’90s. It’s especially significant to those looking for mods and patches for older games with smaller communities or defunct publishers, which can be hard or impossible to find elsewhere. Read 6 remaining paragraphs | Comments