We’ve seen pictures and video of the Samsung Galaxy S IV already but we haven’t seen it like this. In what’s probably the clearest pictures of the S IV until it’s announced later today, we get to see what the powerful beast of a phone will look like in all its glory. More » 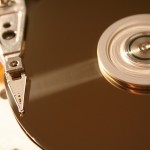