Four men were indicted Wednesday on federal charges as part of an international online conspiracy to make and distribute “high-quality” counterfeits of over $1.4 million sold via Tor-enabled Dark Web sites. The new criminal charges expand on a previous case filed back in December 2014 against Ryan Andrew Gustafson , a man who went by the online monikers “Jack Farrel” and “Willy Clock”—he is also named as one of the four defendants. According to court records, Gustafson was previously positively identified via facial recognition against his Texas driver’s license. Prosecutors say the 27-year-old is an American living in Kampala, Uganda, and that he is currently on trial in the East African nation on counterfeiting charges. The United States does not have an extradition treaty nor a Mutual Legal Assistance Treaty (MLAT) with Uganda, so his return home is not a sure thing. Read 23 remaining paragraphs | Comments

More:
How a $3.85 latte paid for with a fake $100 bill led to counterfeit kingpin’s downfall 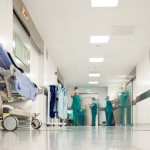 BlueCross BlueShield hack may have exposed data for 10 million customers