An anonymous reader writes “Michael Nielsen has written a detailed article describing the nuts and bolts of a Bitcoin transaction. He builds the concepts from the ground up, starting with a basic, no-frills digital currency. He then examines it for flaws and tweaks the currency to patch up areas where we run into technical or security problems. Eventually, he ends up with Bitcoin, and explains how a transaction works. It’s an interesting, technical read; much more in-depth than any explanation I’ve heard. Here’s a brief snippet from a walkthrough of the transaction data: ‘One thing to note about the input is that there’s nothing explicitly specifying how many bitcoins from the previous transaction should be spent in this transaction. In fact, all the bitcoins from the n=0th output of the previous transaction are spent. So, for example, if the n=0th output of the earlier transaction was 2 bitcoins, then 2 bitcoins will be spent in this transaction. This seems like an inconvenient restriction – like trying to buy bread with a 20 dollar note, and not being able to break the note down. The solution, of course, is to have a mechanism for providing change. This can be done using transactions with multiple inputs and outputs…'” Bitcoin is going through another period of heavy fluctuation: it fell from a high of around $1, 200 per bitcoin to roughly half that, and as of this writing trade around $760 per bitcoin. Read more of this story at Slashdot.

Follow this link:
How a Bitcoin Transaction Actually Works 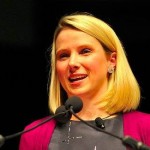