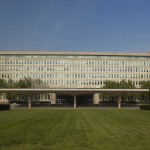 CIA Headquarters in Langley, Virginia. The CIA gave Senate Intelligence Committee staffers access to its data offsite—in a leased facility the CIA controlled. It sounds like something out of Homeland : at a secret location somewhere off the campus of the Central Intelligence Agency, the CIA leases a space and hires contractors to run a top-secret network, which it fills with millions of pages of documents dumped from the agency’s internal network. But that’s apparently exactly what the CIA did for more than three years as part of an agreement to share data with the staff of the Senate Select Committee on Intelligence on its controversial detention and interrogation program. And it’s also how the agency was able to gain access to the computers and shared network drive used by committee staffers in a search that Senator Diane Feinstein contended today  crossed multiple legal and constitutional boundaries. In a speech on the Senate floor this morning, Feinstein detailed the strange arrangement and accused the CIA of breaking its agreement with the committee on multiple occasions. She also accused the agency of reportedly filing a criminal report against committee staffers with the Justice Department in “a potential effort to intimidate this staff.” The details shared by Feinstein show the length to which the CIA went to try to control the scope of the data that was shared with Senate staffers—and still managed to give them more than some officials in the agency wanted to. Even with multiple levels of oversight, the CIA managed to hand over the data along with an internal review of that very data, which included the agency’s own damning assessment of the interrogation program. Read 18 remaining paragraphs | Comments 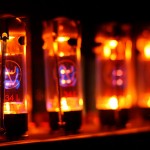