Enlarge / Dmitry Dokuchaev, Igor Sushchin, Alexsey Belan, and Karim Baratov—the four indicted by the US in the Yahoo hacking case. SAN FRANCISCO—The indictment unsealed Wednesday by US authorities against two agents of the Russian Federal Security Service, or FSB, (Dmitry Dokuchaev and Igor Sushchin) and two hackers (Alexsey Belan and Karim Baratov) provides some details of how Yahoo was pillaged of user data and its own technology over a period of over two years. But at a follow-up briefing at the FBI office here today, officials gave fresh insight into how they think the hack began—with a “spear phishing” e-mail to a Yahoo employee early in 2014. Malcolm Palmore, the FBI special agent in charge of the bureau’s Silicon Valley office, told Ars in an interview that the initial breach that led to the exposure of half a million Yahoo accounts likely started with the targeting of a “semi-privileged” Yahoo employee and not top executives. He said social engineering or spear phishing “was the likely avenue of infiltration” used to gain the credentials of an “unsuspecting employee” at Yahoo. Palmore declined Ars’ request to elaborate during a brief interview inside the San Francisco FBI office, and he would not say whether the government or Yahoo discovered the breach. He also would not say how long the intrusion lasted before it was cut off. Read 11 remaining paragraphs | Comments

Visit link:
How did Yahoo get breached? Employee got spear phished, FBI suggests 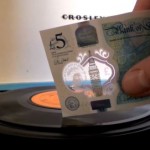