An anonymous reader writes “The SparkFun team took a tour of a factory in China that manufactures LEDs. They took lots of pictures showing the parts that go into the LEDs, the machines used to build them, and the people operating the machines. There’s a surprising amount of manual labor involved with making LEDs. Quoting: ‘As shipped on the paper sheets, the LED dies are too close together to manipulate. There is a mechanical machine … that spreads the dies out and sticks them to a film of weak adhesive. This film is suspended above the lead frames … Using a microscope, the worker manually aligns the die, and, with a pair of tweezers, pokes the die down into the lead frame. The adhesive in the lead frame wins (is more sticky), and the worker quickly moves to the next die. We were told they can align over 80 per minute or about 40, 000 per day.'” Read more of this story at Slashdot.

More:
How LEDs Are Made

House looks into claims the NSA spied on Congress 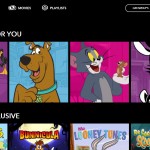 Stream your favorite animated classics for $5 a month