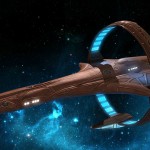 A few months ago, physicist Harold White stunned the aeronautics world when he announced that he and his team at NASA had begun work on the development of a faster-than-light warp drive. His proposed design, an ingenious re-imagining of an Alcubierre Drive, may eventually result in an engine that can transport a spacecraft to the nearest star in a matter of weeks — and all without violating Einstein’s law of relativity. We contacted White at NASA and asked him to explain how this real life warp drive could actually work. More » 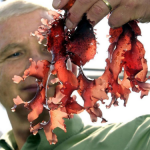 Scientists have patented a seaweed that tastes just like…