harrymcc writes: Night Dive Studios is successfully reviving old video games — not the highest-profile best-sellers of the past, but cult classics such as System Shock 2, The 7th Guest, Strife, and I Have No Mouth and I Must Scream. It’s a job that involves an enormous amount of detective work to track down rights holders as well as the expected technical challenges. Over at Fast Company, Jared Newman tells the story of how the company stumbled upon its thriving business. “Kick didn’t have money on hand to buy the rights, so he scraped together contract work with independent developers and funneled the proceeds into the project. … Some efforts fall apart even without the involvement of media conglomerates. In early 2014, Kick tried to revive Dark Seed, a point-and-click adventure game that featured artwork by H.R. Giger. But after Giger’s sudden death, demands from the artist’s estate escalated, and the negotiations derailed. … But for every one of those failures, there’s a case where a developer or publisher is thrilled to have a creation back on store shelves.” Read more of this story at Slashdot.

Read the original post:
How One Company Is Bringing Old Video Games Back From the Dead 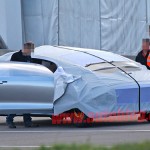