theodp writes “Over at The Atlantic, Taylor Clark’s epic Jesse Willms, the Dark Lord of the Internet tells the tale of how one of the most notorious alleged hustlers in the history of e-commerce made a fortune on the Web. ‘Accusing Willms of being a scammer, ‘ Clark writes, ‘does him a disservice; what he accomplished elicits something close to awe, even among his critics.’ The classic themes Willms’ company employed in ‘sponsored’ links for products that included colon cleansers, teeth whiteners, and acai supplements, Clark reports, included dubious scientific claims and fake articles (‘farticles’); implied endorsements from celebrities and TV networks; incredible ‘testimonials”; manipulative plays on insecurities (‘You wouldn’t have to worry about being the ‘fat bridesmaid’ at your sister’s wedding!’); and ‘iron-clad’ guarantees that ‘free trials’ of the products were absolutely ‘risk free.’ But beneath his promises of a ‘free trial, ‘ the FTC alleged, Willms buried an assortment of charges in the fine print of his terms and conditions. After the 14-day trial period for each product, customers automatically became enrolled in monthly subscription plans, for up to $80 a month. ‘The product was never the point, ‘ explained an FTC attorney. ‘The point was to get as many hits on each credit card as you could.’ Despite a publicized $359 million settlement with the FTC, Jesse Willms is doing just fine financially-and he has a new yellow Lamborghini to prove it. After settling his tax debts, Willms surrendered his assets of just $991, 000 to get the financial judgment suspended. Willms has left diet products behind and pivoted into information services. ‘As of November, ‘ Clark notes, ‘if you searched vehicle history on Google, Yahoo, or Bing, ads for Willms’s sites were among the first things you would see.'” Read more of this story at Slashdot.

See the article here:
How the Dark Lord of the Internet Made His Fortunes 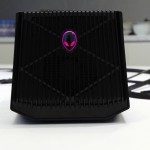 China Staging a Nationwide Attack On iCloud and Microsoft Accounts