In 2011 a gynecology doctor took his computer for repairs at Best Buy’s Geek Squad. But the repair technician was a paid FBI informant — one of several working at Geek Squad — and the doctor was ultimately charged with possessing child pornography, according to OC Weekly. An anonymous reader quotes their new report: Recently unsealed records reveal a much more extensive secret relationship than previously known between the FBI and Best Buy’s Geek Squad, including evidence the agency trained company technicians on law-enforcement operational tactics, shared lists of targeted citizens and, to covertly increase surveillance of the public, encouraged searches of computers even when unrelated to a customer’s request for repairs. Assistant United States Attorney M. Anthony Brown last year labeled allegations of a hidden partnership as “wild speculation.” But more than a dozen summaries of FBI memoranda filed inside Orange County’s Ronald Reagan Federal Courthouse this month in USA v. Mark Rettenmaier contradict the official line… Other records show how [Geek Squad supervisor Justin] Meade’s job gave him “excellent and frequent” access for “several years” to computers belonging to unwitting Best Buy customers, though agents considered him “underutilized” and wanted him “tasked” to search devices “on a more consistent basis”… evidence demonstrates company employees routinely snooped for the agency, contemplated “writing a software program” specifically to aid the FBI in rifling through its customers’ computers without probable cause for any crime that had been committed, and were “under the direction and control of the FBI.” The doctor’s lawyer argues Best Buy became an unofficial wing of the FBI by offering $500 for every time they found evidence leading to criminal charges. Read more of this story at Slashdot. 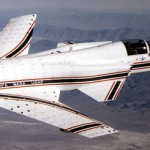 This Wacky Forward Wing Jet Flew Faster Than the Speed of...